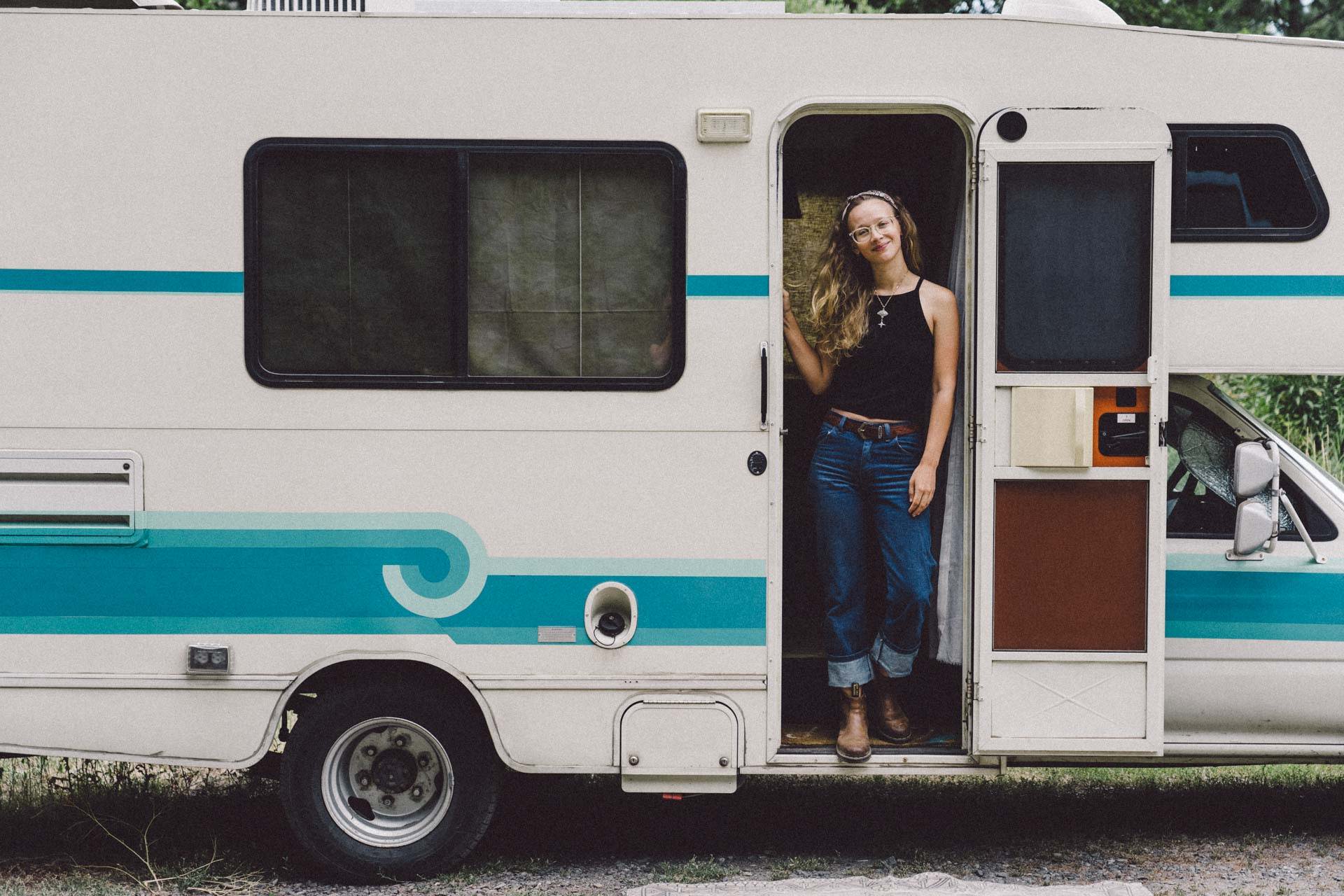 Many of the makers, creators, artisans, teachers, and facilitators that share their offerings with The Plant Ally also happen to be people who are also near & dear to us- friends we've made along our journey, connected with, & been inspired by.

Hailey, from Lynn Mineral is no exception. I met Hailey last year after she was traveling through Leavenworth with her hunny, John, in their renovated Winnebago. Made by hand in small batches, Hailey uses recycled pewter and raw gemstones as her main medium and hopes that her art can help you "appreciate the small wonders of the Earth", even in times that may distract us from the beauty that is all around.

Hailey was the kid walking around with rocks falling out of her pockets.

“I’ve always loved any rock really.” Under her bed, she kept her rock collection in an old letterpress drawer. She would pull it out to add a new specimen found from walking around the rural Texas countryside she grew up in.

Looking at Hailey Lynn Glass’s jewelry, you don’t have a hard time imagining this. Her pewter castings bedazzled with raw crystals and gemstones remind you of something from a time bygone—when humans and nature comingled in a closely-knit courtship. Of shamans, witches, and empresses who called upon mother earth for inspiration. Lynn Mineral (the name of Hailey’s business) captures the essence sought after by many artists: to be raw and organic in feel.

“When I realized I could make jewelry with raw stones, it quickly became my favorite. They’re a reflection of the earth rather than something that’s cut and polished. It literally is the thing that someone dug out of the ground. Which I think is really powerful.” 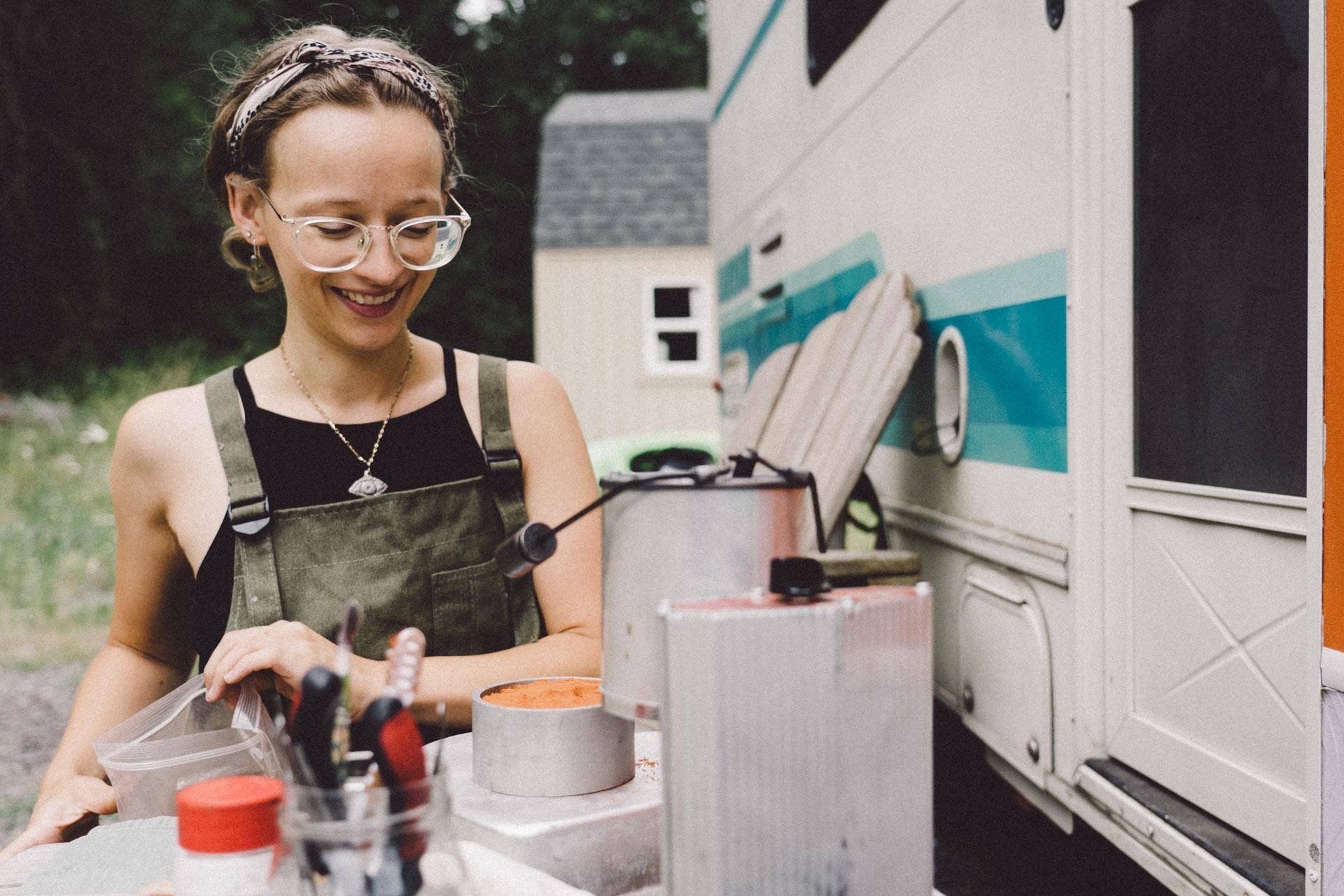 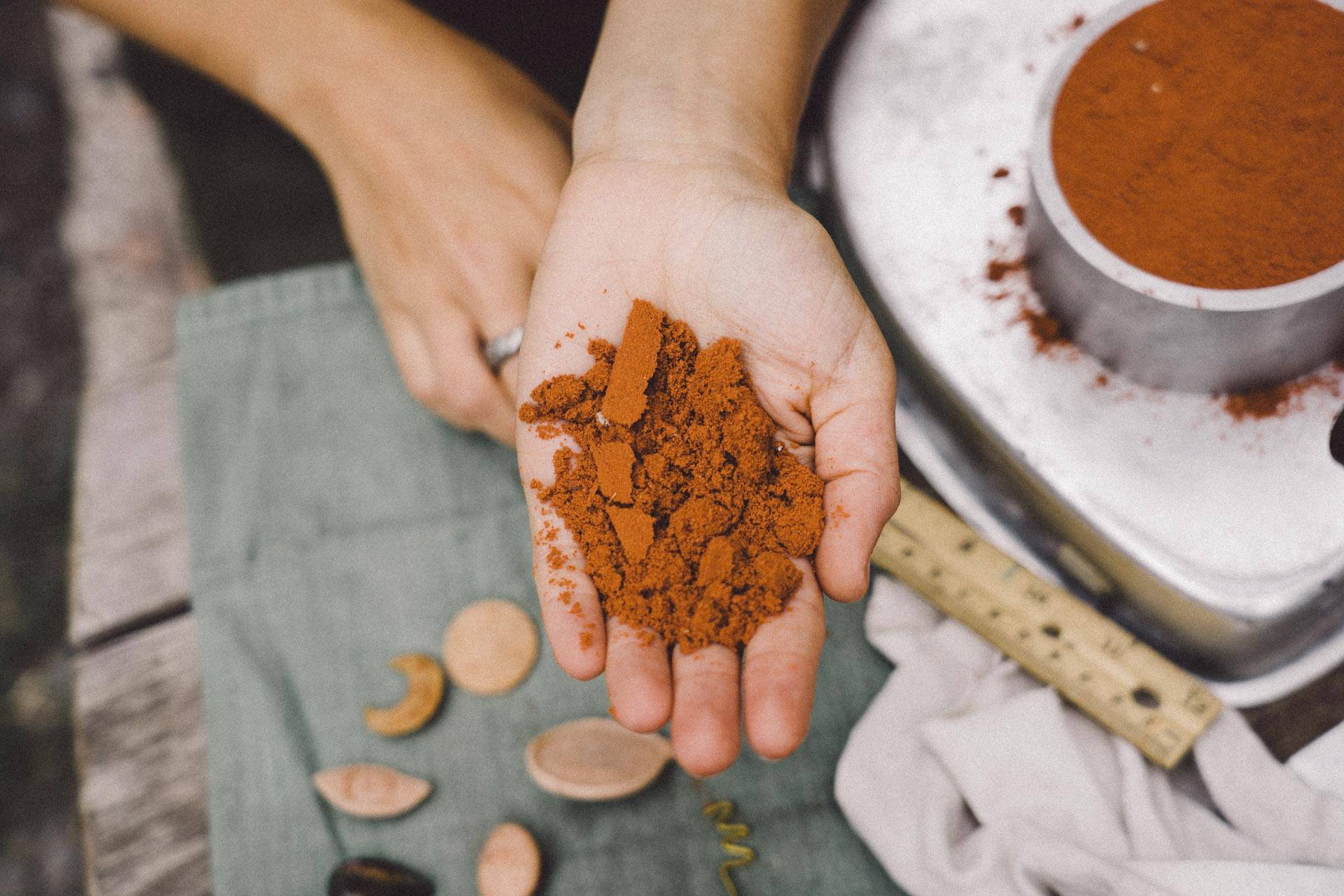 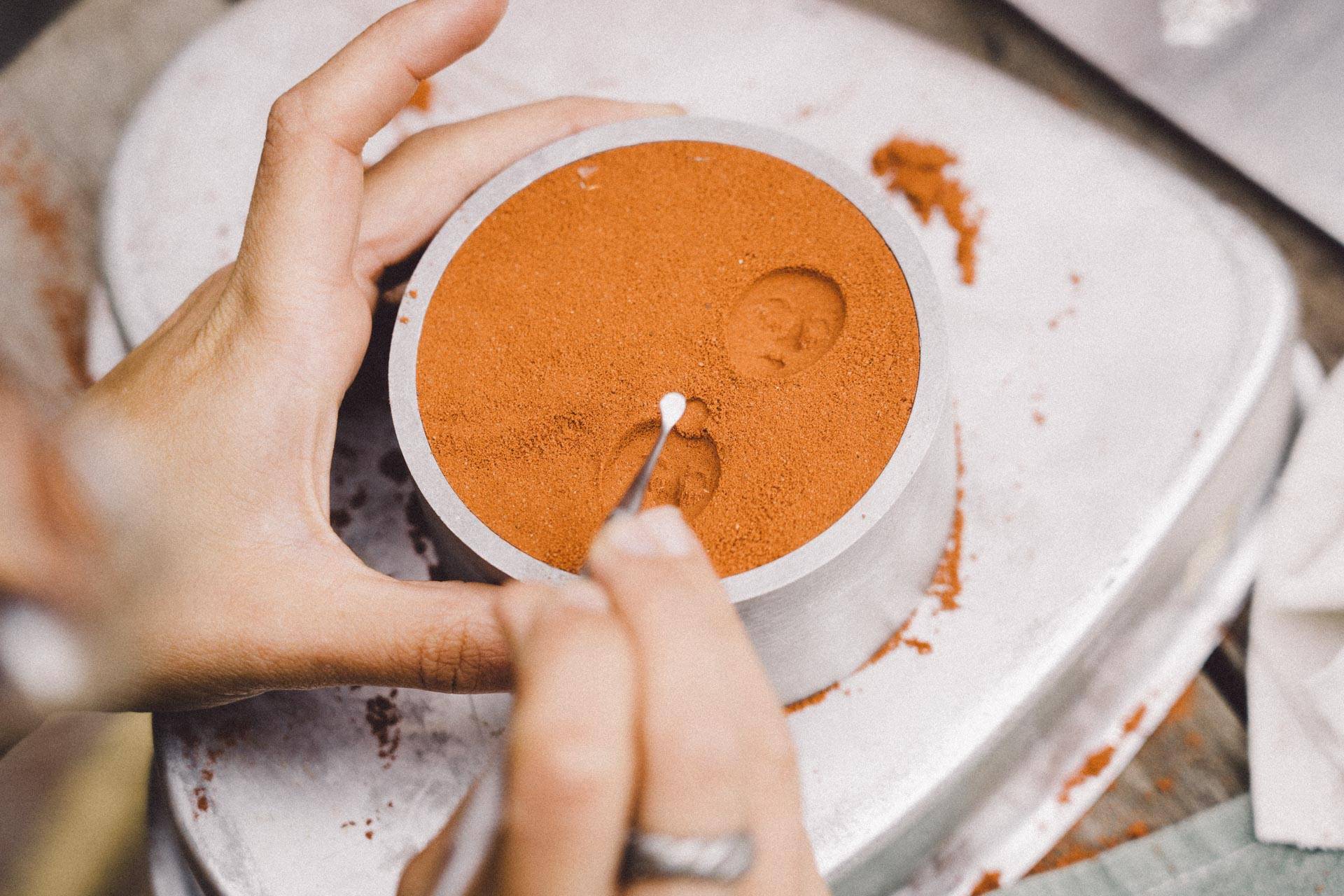 Before graduating from the University of Northern Texas with a degree in Merchandising and Business, Hailey was studying art at her local community college. In 2009, she got to work with pewter in a 3D design class. “It’s actually really ancient. You do it with cuttlefish bone,” she says of the specific type of casting they learned. She made a point of mentioning that it’s the same method shown in the beginning of The Lord of the Rings film.

That one assignment made a lasting impression. Curious about playing around with making pewter jewelry, she set off to research, “I’m really analytical and creative. So I research really hard.”

Doing the traditional version of casting with cuttlefish bone was very labor-intensive and not as feasible for producing multiple pieces. She found instead of using a blow torch to melt the metal, she could purchase a special type of hot pot specifically for melting metal.

“Pewter has a really low melting point compared to other metals. Between 200 and 300 degrees. Sterling silver is closer to 1,700 degrees [Fahrenheit].”

Rather than carving molds into cuttlefish bone, she discovered she could use Delft clay—a type of sand-like material that allows artists to easily make casting molds and designs. For Hailey, using pewter to make jewelry was a no brainer, “It’s easy to work with because of the melting point, it’s lead-free, it’s 100% recycled, and it doesn’t rust or tarnish or do anything weird. It’s relatively inexpensive, so there was a lot of room to explore.”

While playing around with Delft clay, she wondered what would happen if she tried to incorporate raw gemstones, “I thought, ‘maybe I could put a raw stone in the sand, pour metal on top, and maybe it will hold it.’ It ended up working.” From there, Lynn Mineral was born. She fell in love with the combination of the silky pewter housing the rough stones. This new method she stumbled upon is called “stone in place sand casting”. 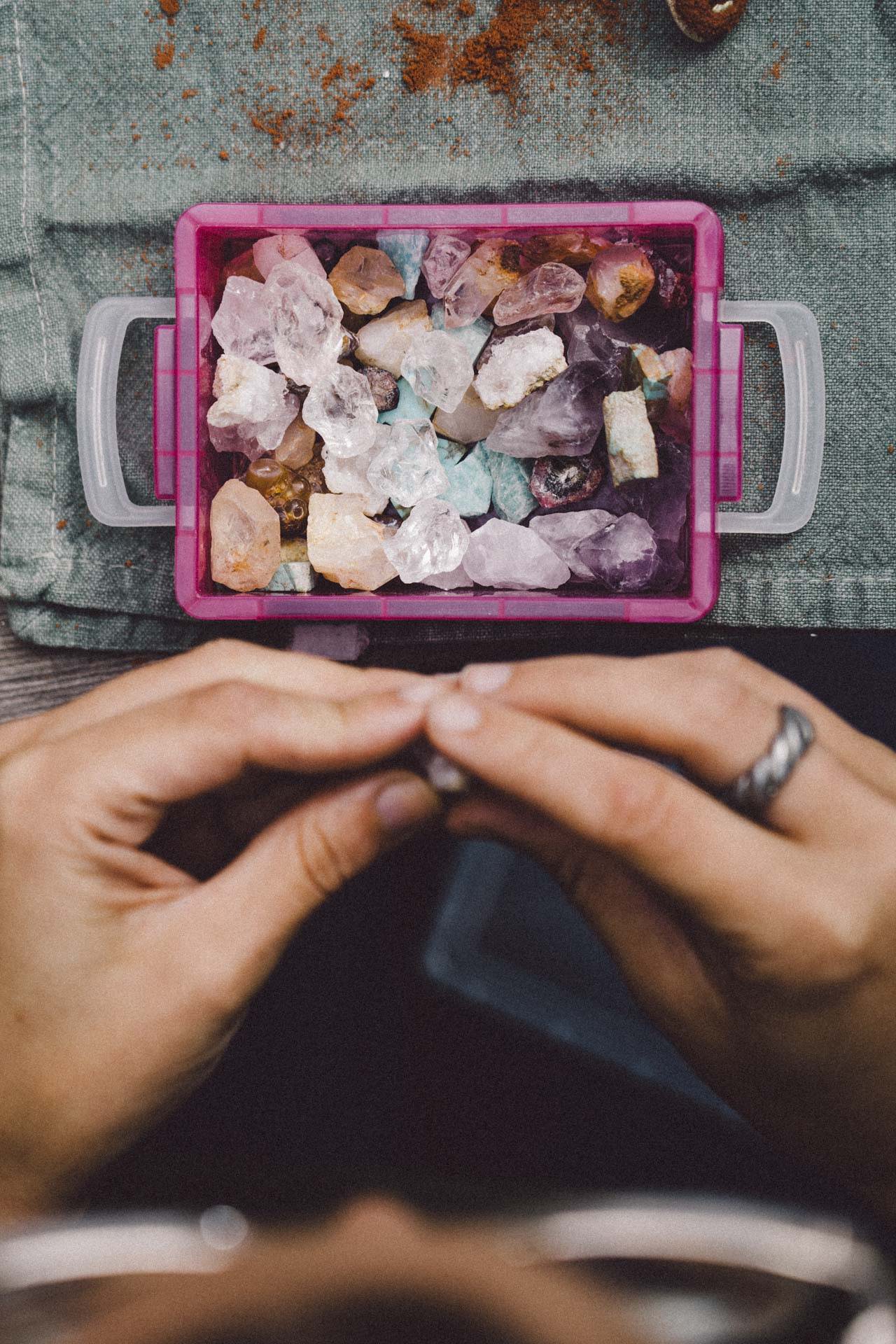 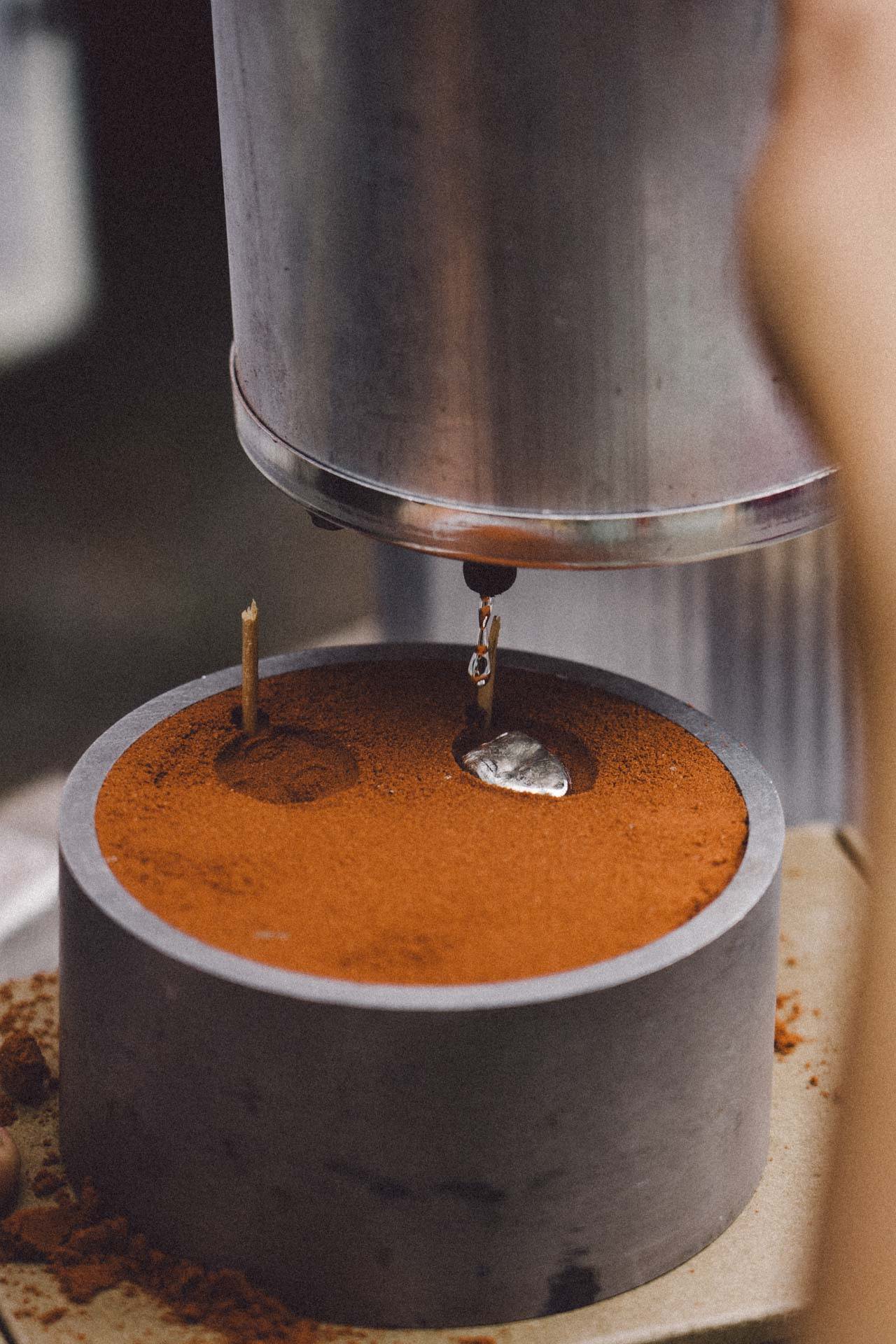 Not only does Hailey use raw gemstones (her favorite), but she’s also expanded her necklaces, earrings, and bracelets to incorporate gemstone beads. But regardless of what she’s creating, nature is her number one muse.

“The two biggest [inspirations] are the natural world and then design in general. I tend to follow what my mind and my eye see as esthetically pleasing. When it comes to my beaded stuff, I like combining different stones and arranging them in a way that gives off something special. With my raw gemstone and pewter stuff, it’s definitely the natural world.” 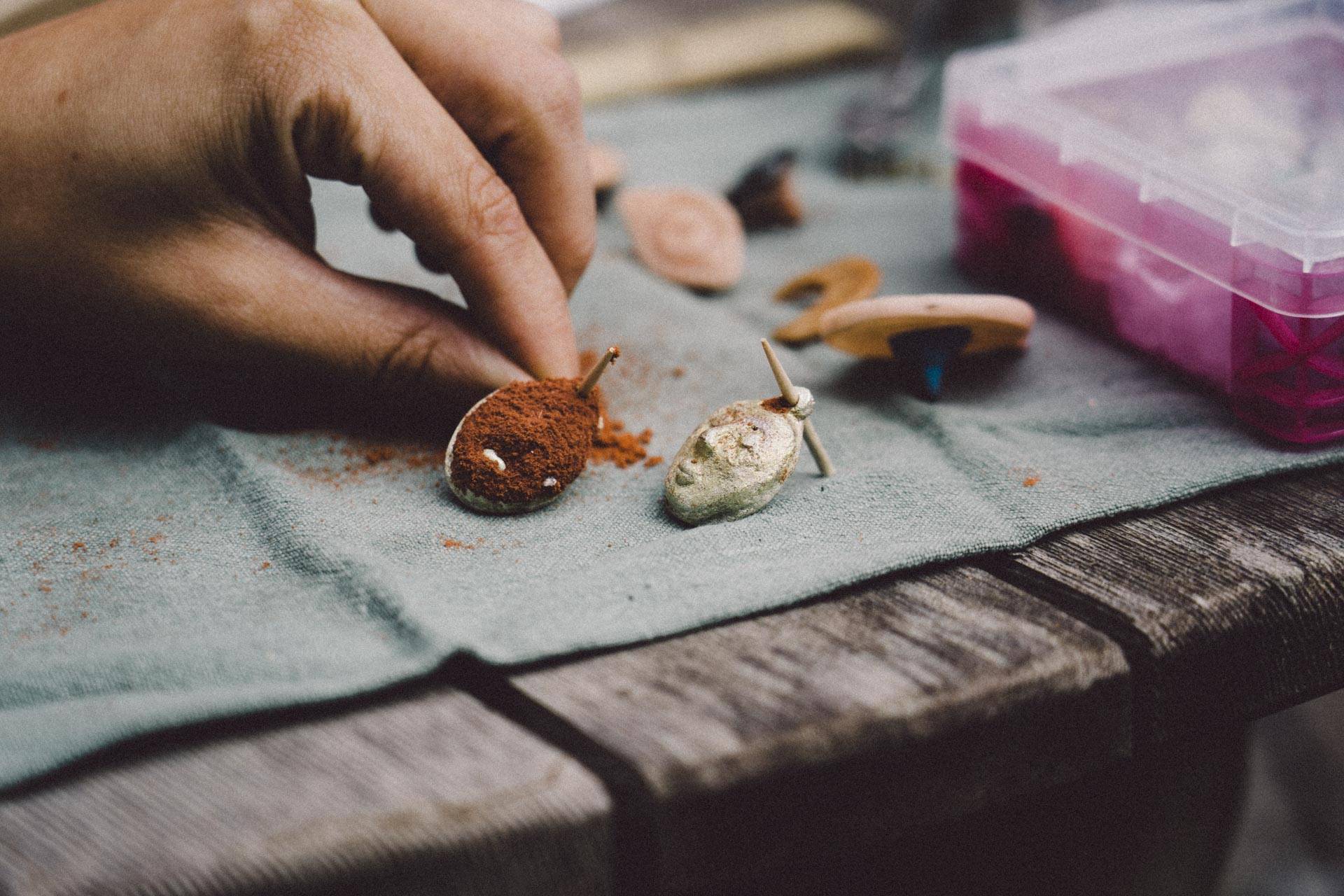 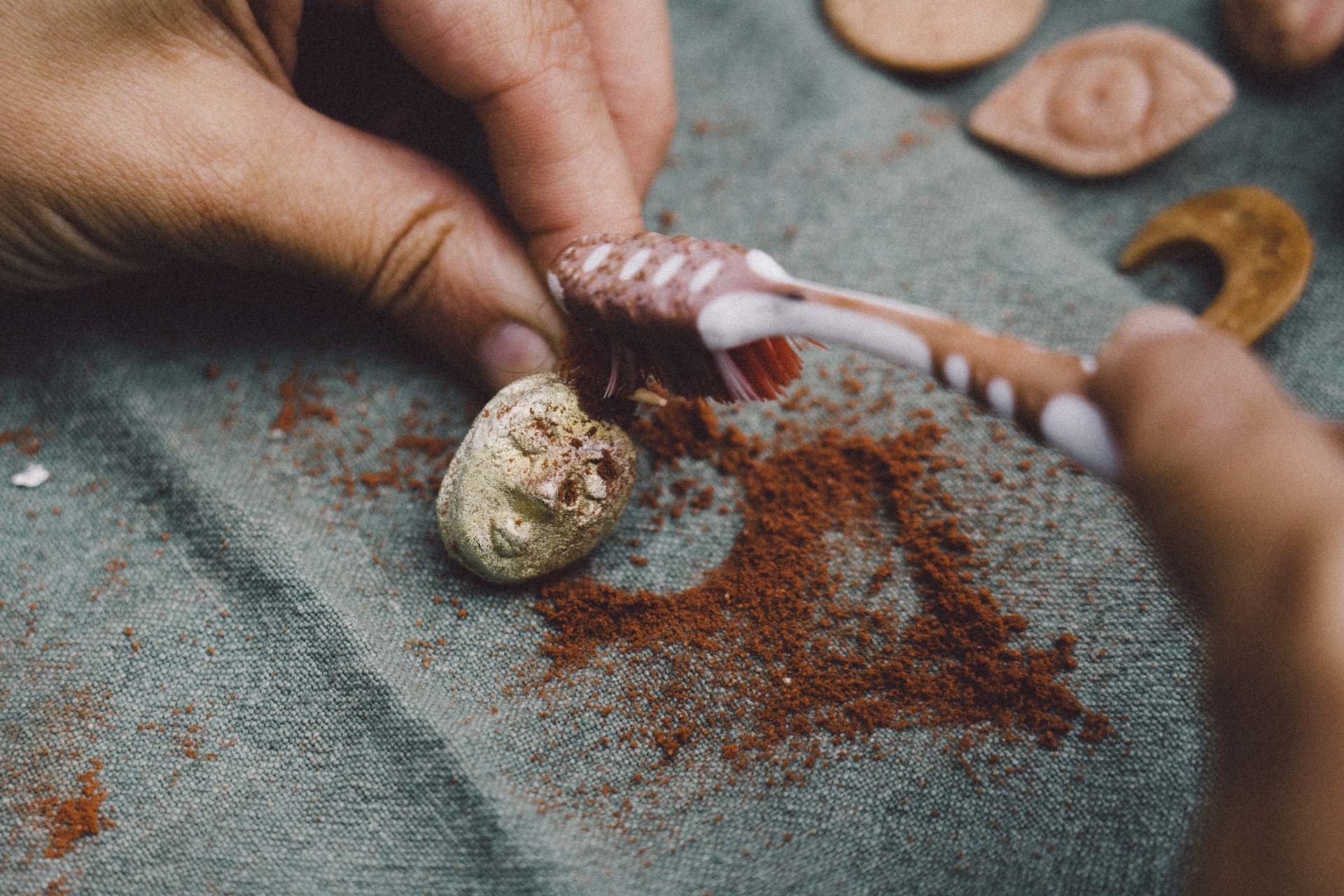 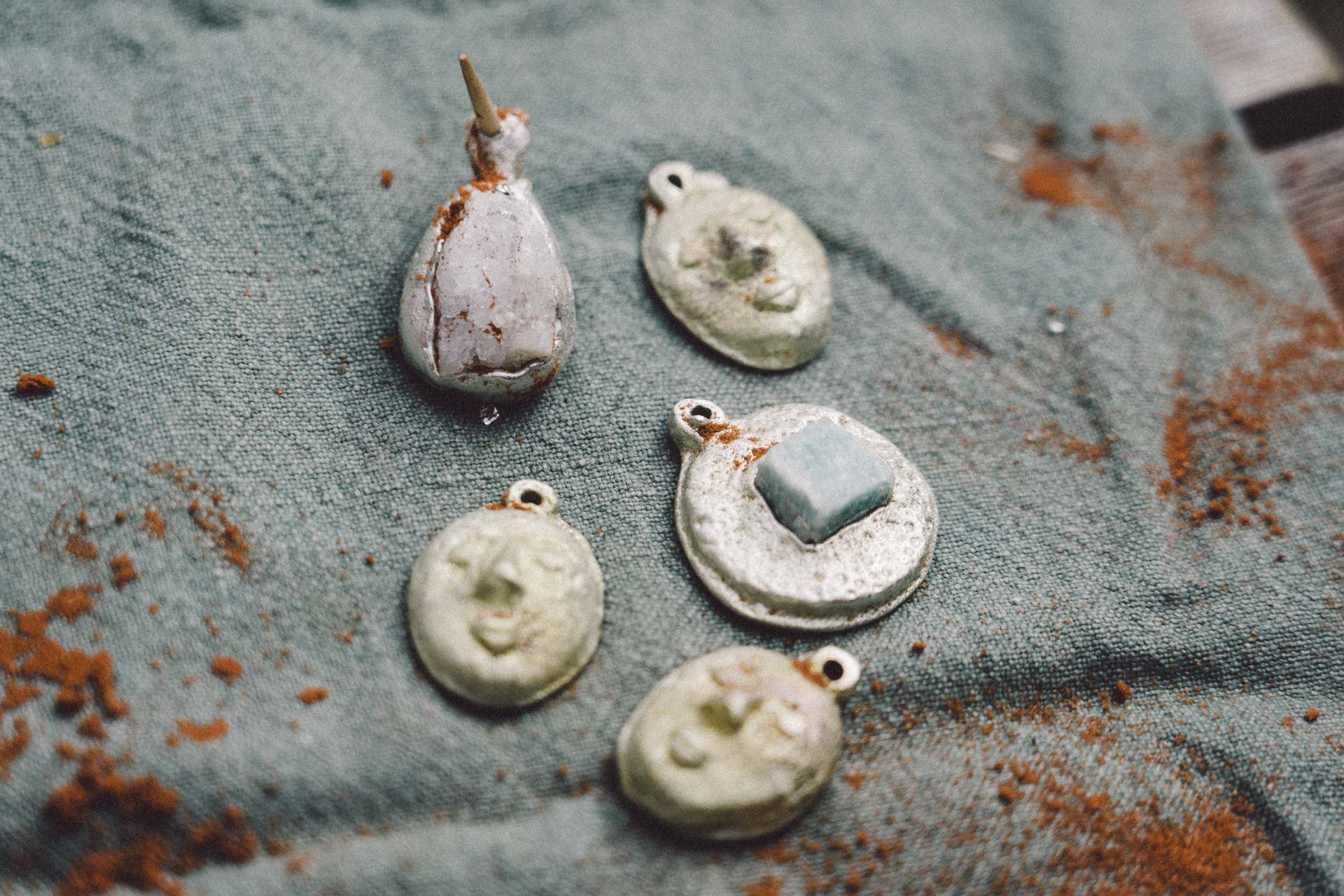 During the interview, Hailey shares with me her jar of treasures: a stick that’s bumpy, a stick that’s smooth. Some fuzzy bark. Lichens of various colors and textures. She’s been playing around with incorporating more found objects in her casting, like using a pinecone to create a unique design mold for metal.

“I’m really inspired by the small things that go unnoticed. That applies to all my artwork. I’m the person who sees a cool leaf and I stop to pick it up. Things people usually walk by.”

“On one hand, it’s made it a lot harder to do what I love most, which is pewter casting. But it’s also made me expand and offer other items that I really love. It’s allowed me to offer something for everyone. It’s definitely inspired me, just seeing different places. My favorite thing about going to new places is seeing different plants and rocks. How the earth is different. So that has inspired me and is inspiring a lot of the jewelry that I am working on that will be released this year.” 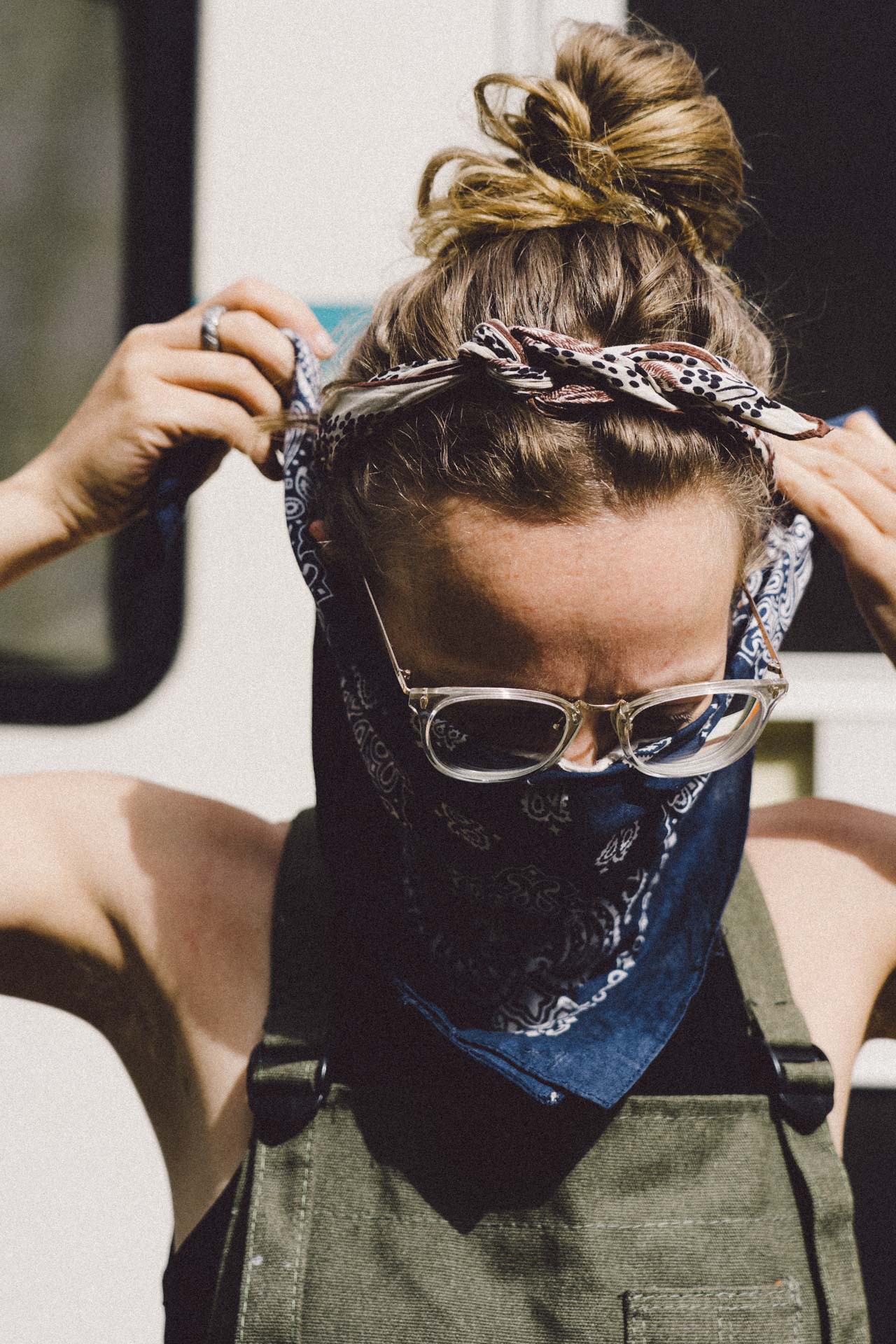 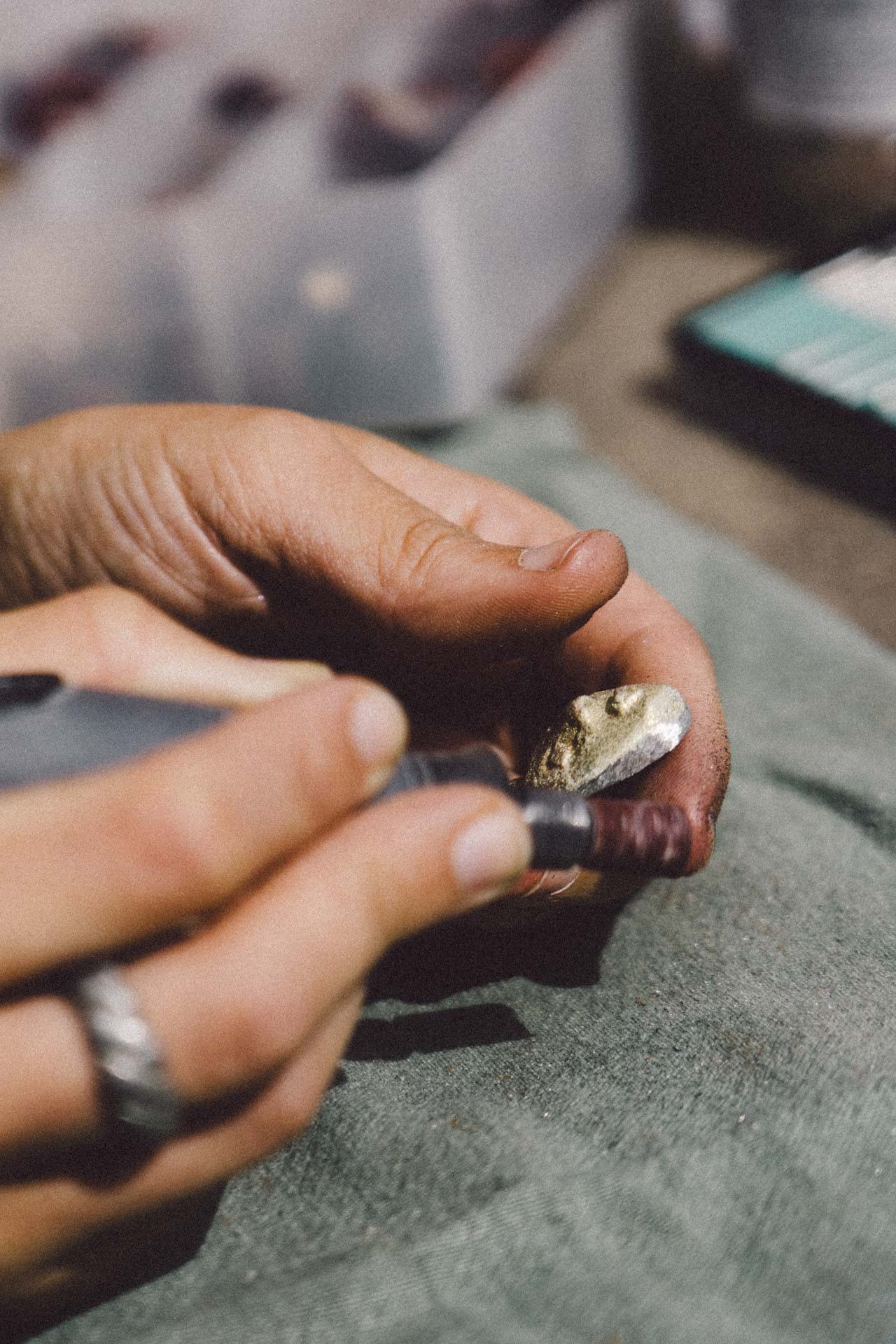 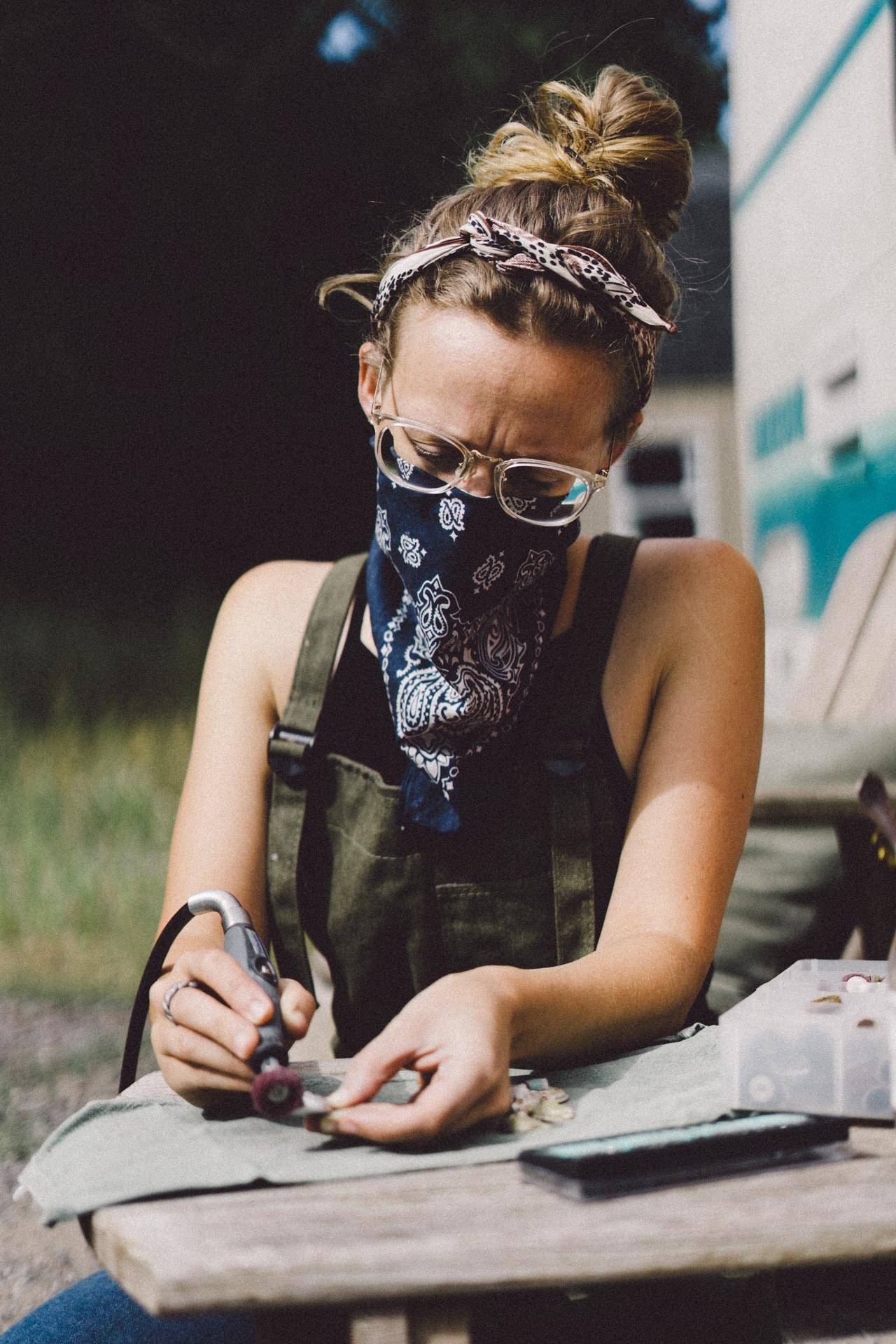 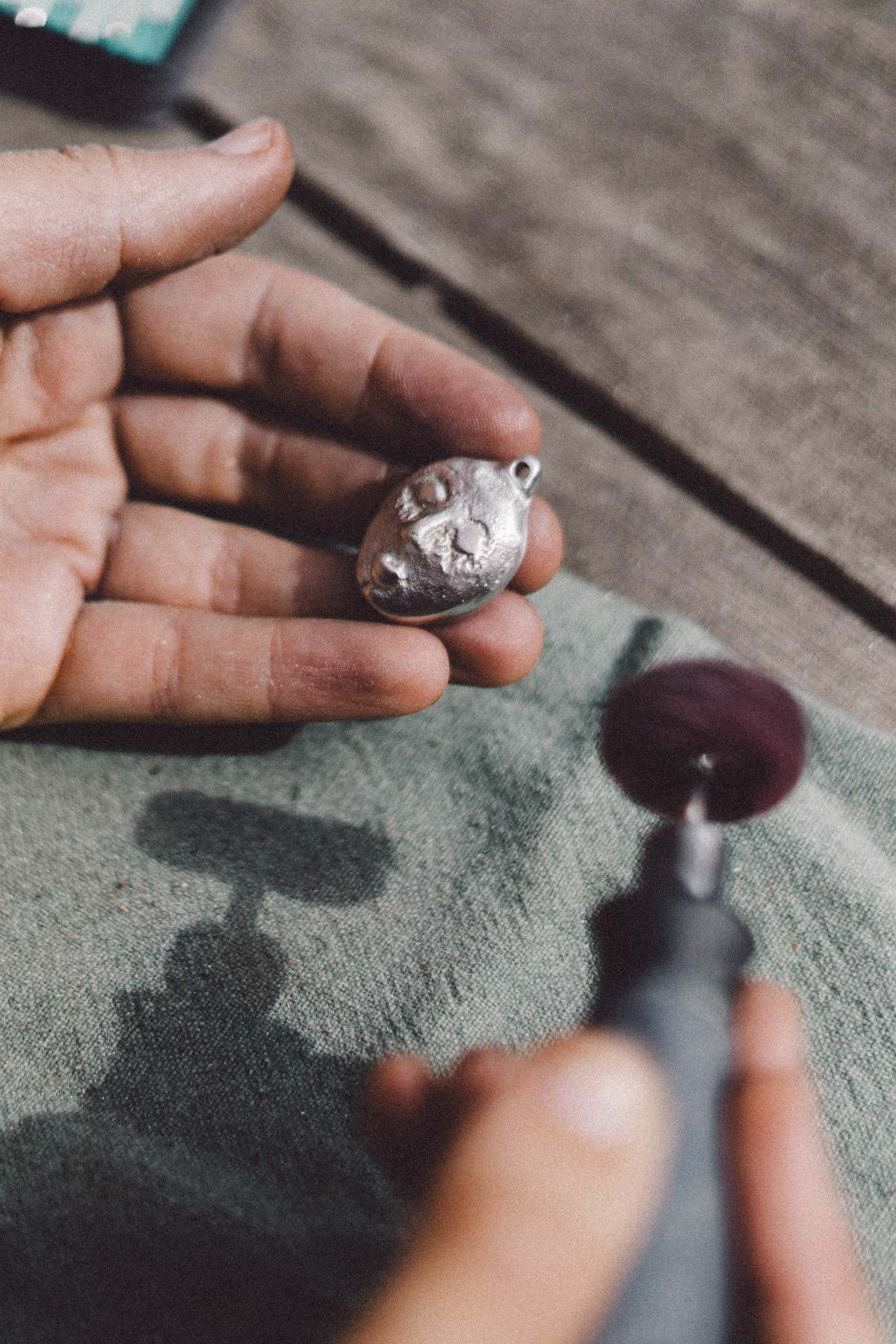 Hailey’s wish for people when they wear her creations is to feel magical. She recognizes how during these hard times, wearing and buying jewelry might be seen as unessential. Hailey views it as a powerful tool:

“I think there’s a lot to be said about getting dressed and putting on your favorite piece of jewelry, even if you’re just staying inside your house. I think that jewelry offers a sense of normalcy. But also, a reminder of the natural beauty of the earth. That’s probably really nice when it feels like everything is falling apart. Appreciating the small wonders of the earth. It’s not all burning and crap. There’s still sparkle.”

Gianna Starble is a freelance writer who currently lives with her husband in Central California. Other than writing, she enjoys trail running, cooking, baking, and dancing in the kitchen. To contact her for writing services you can find her on Instagram @giannamariewrites or email her giannamariestarble@gmail.com 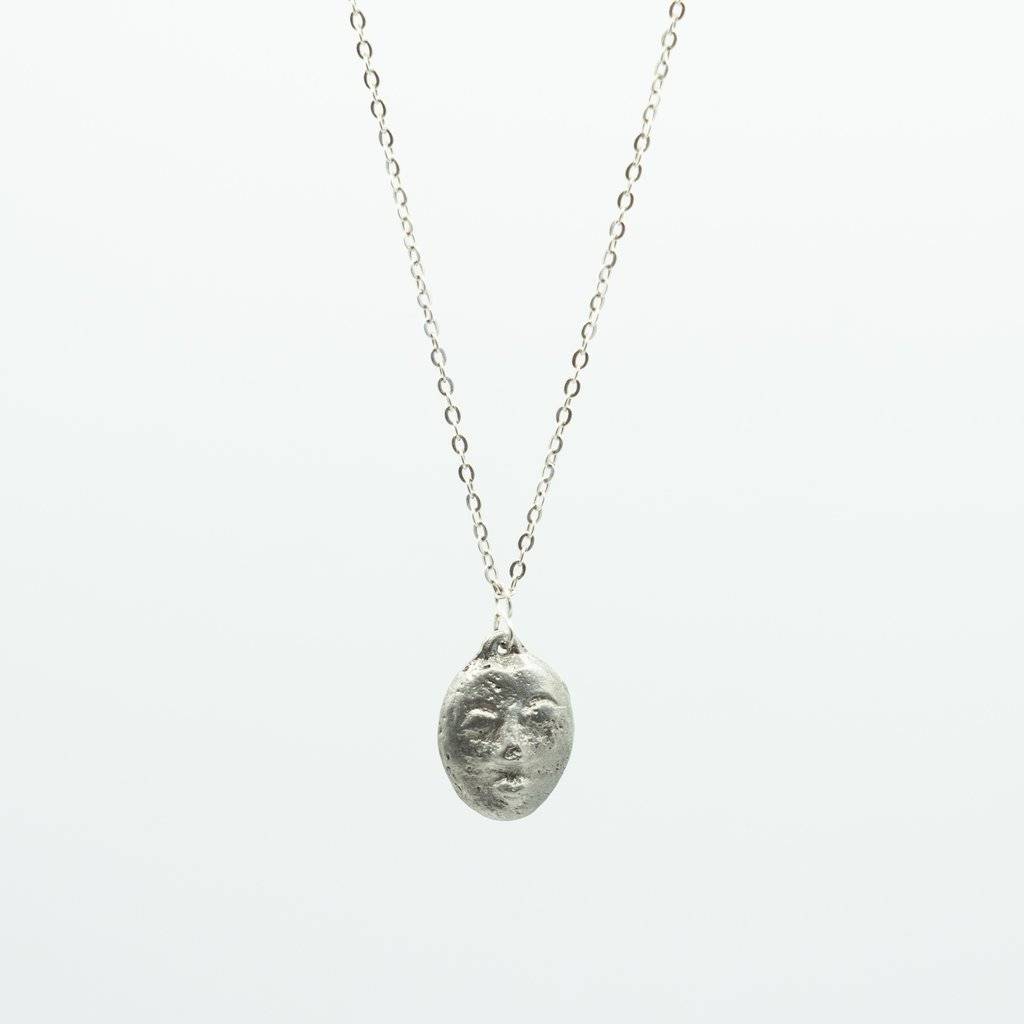 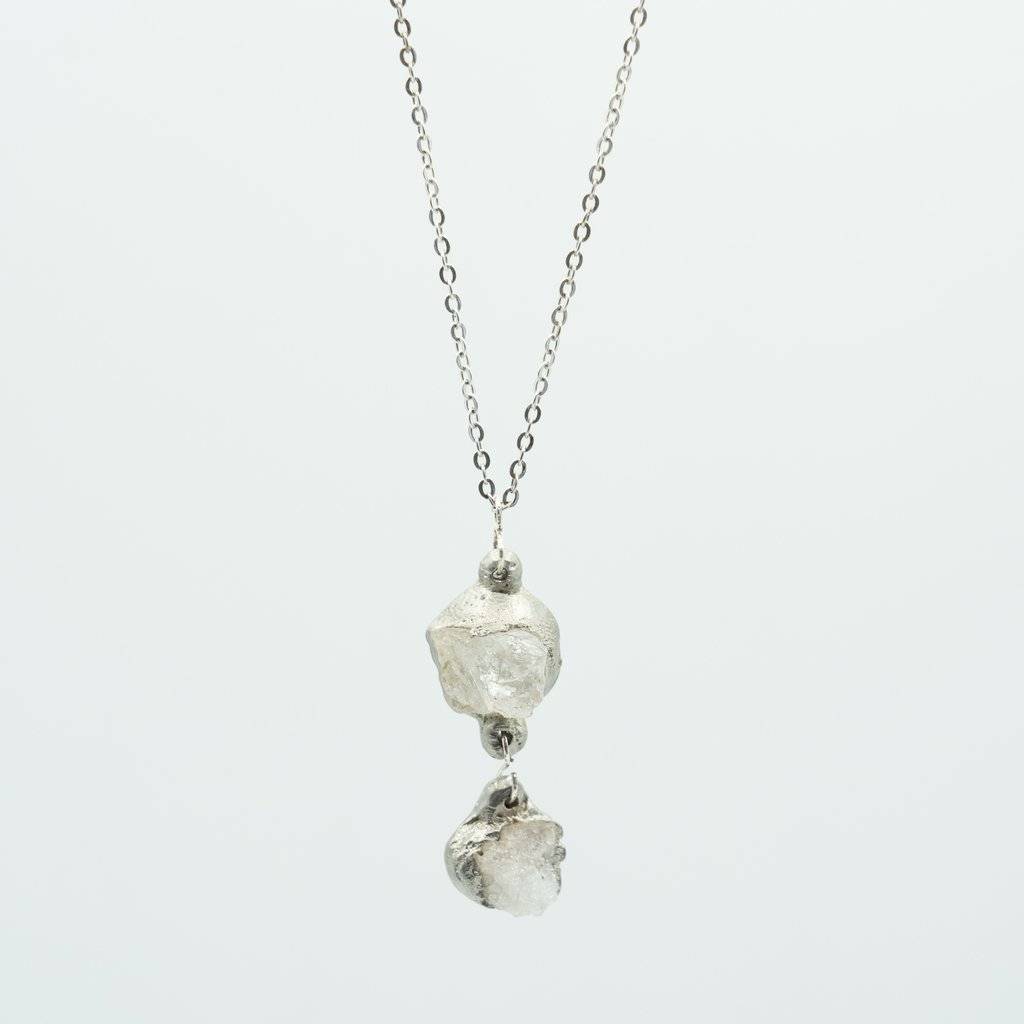 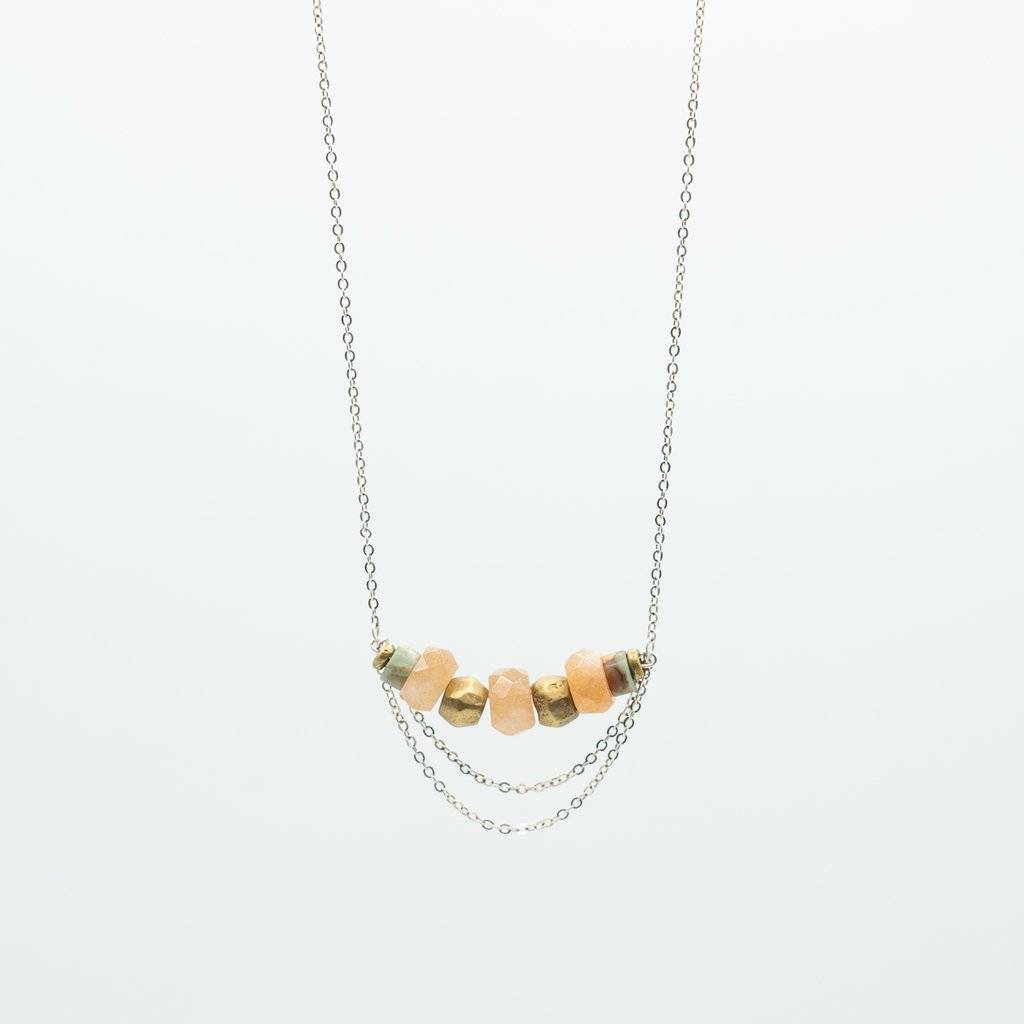